Meeting him for the first time, you’d never know he had experienced homelessness as a teen. Ken is 31 now, a husband and a homeowner, complete with an education and a great job in his chosen field. The future holds nothing but promise, stability, and confidence for this bright, resourceful young man. And he says he owes it all to YouthLink.

“I really don’t know where I would be now if YouthLink hadn’t believed in me when I needed them,” says Ken. That was half a lifetime ago, when he was only 14, trapped in a home where his alcoholic father hit him. His mother, also an addict, seemed powerless to keep Ken out of harm’s way.

He tried asking for help. But at the emergency teen shelter, they didn’t see bruises or evidence of the beatings, and he was sent back home. It happened more than once. Startled and confused, Ken began to see that he really was on his own, all alone. He became adept at hiding from the authorities, afraid of being sent back to the abusive situation at home.

Living in deserted buildings downtown was risky, but Ken found groups of other homeless young people to connect with people who had similar life experiences. One day, Bob and Jose, YouthLink’s street outreach team, approached him and told him about the drop-in center. It sounded good—a place to go, to be warm, with food and supplies. So he came one afternoon to the drop-in, with that, his life began to change. That very night, YouthLink found Ken a bed in a shelter.

It wasn’t all sweetness and light, however. This charismatic, bright, resourceful and still-very-young teen had some growing to do. As Ken tells it now, “I was kicked out of several shelters. I broke rules.” Ken pushed the envelope because he was frustrated and angry. “I was trouble. But YouthLink staff never gave up on me.”

Ken still talks with Jose often and visits YouthLink when there’s time in his busy life. He tells his story with deep gratitude, and gives YouthLink staff credit for helping him learn to use his intelligence and resourcefulness to make good decisions.

“For so many years, they were my family. They believed in me when no one else did, and they never let go.” 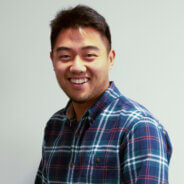 “I support YouthLink because I believe it is a powerful medium that can help resolve youth homelessness in Minneapolis.”

Meet our young professionals board >