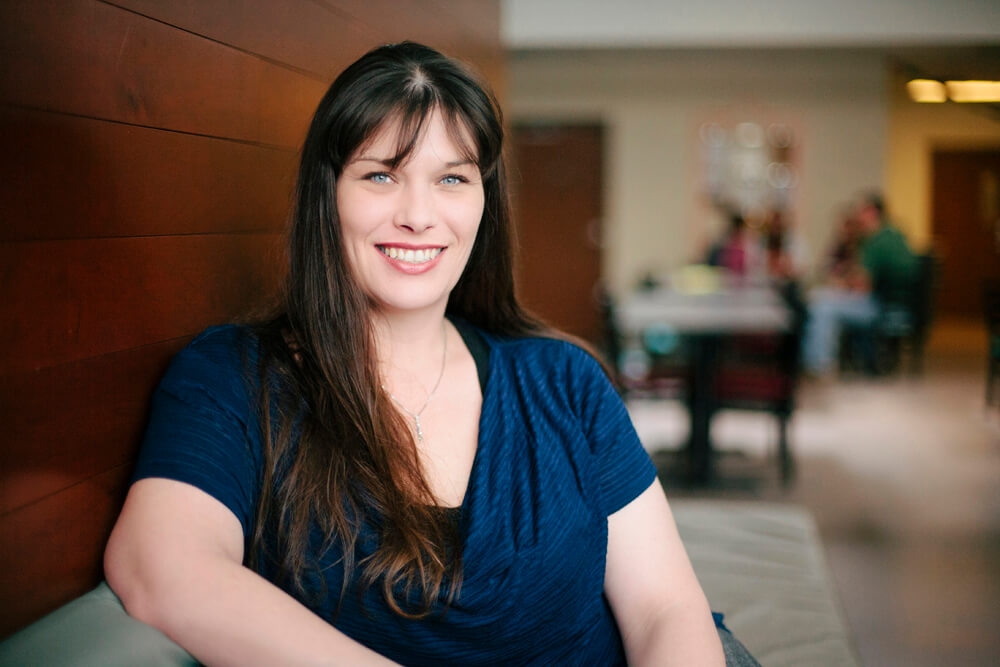 Today, Cheree, is a happily-married mother of four pursuing her Doctorate of Nursing Practice at the University of Minnesota. When you meet Cheree, it’s easy to see the vibrant, intelligent woman with a passion for helping youth. What you don’t see is her difficult journey through homelessness towards stability.

At YouthLink, we’ve known Cheree for nearly half her life. As a little girl, Cheree lived in a home where substance abuse and neglect was the norm. Living in tents, and places with no hot water or electricity, she and her siblings struggled to fend for themselves. Finally, Cheree felt she had to leave for her own safety.

But life on the streets didn’t offer a safe refuge either; sexual exploitation and safety were constant concerns. Alone, frightened, and sleeping on the streets, Cheree was at a loss for what to do next.

“I was like many young people who have no stable home. I knew I needed help, but didn’t know where to get it.” Thankfully, another youth told her about YouthLink. She began to drop in for meals, and soon, one of our case managers earned her trust.

Supported by YouthLink’s case manager, Cheree went to a shelter, and eventually reunited with her family, now more stable, and enrolled in high school. She graduated with a 3.6 GPA, and was looking forward to attending St. Catherine’s University in the fall.

But it wasn’t long after that Cheree, now a new mom, found herself once again at a cross roads. A drug raid left Cheree without a home, her parents incarcerated, and with a child of her own to protect, Cheree’s college dreams started to fade until she remembered YouthLink.

Quickly, staff members found her and her baby shelter, and provided supplies, help with job applications, and access to critical resources. College came back into focus. As a full-time nursing student, she was able to rent supportive housing with income from a part-time job.

But Cheree’s journey with YouthLink didn’t end there. Now in her thirties, Cheree plans to give back by helping young people who are experiencing homelessness, abuse, or exploitation: As part of her final doctoral project, she’ll be teaching reproductive health through the Youth Opportunity Center at YouthLink. Cheree says, “You can’t make smart decisions about your life without information. My ultimate goal is to reduce teen pregnancy through education.”

Thanks to YouthLink’s support, 40 years of formerly homeless youth, just like Cheree are not only creating positive futures for themselves, but more hopeful ones for generations to come.