YouthLink Was A Grounding Rock - Youthlink

YouthLink Was A Grounding Rock

Over the past four decades, YouthLink has connected thousands of young people to the services they need to transition from homeless to hopeful. Many of these young people graduate from YouthLink empowered and ready to continue on their journey of self-reliance. We reconnected with some of these alumni to talk about their experiences with YouthLink and where they are now. 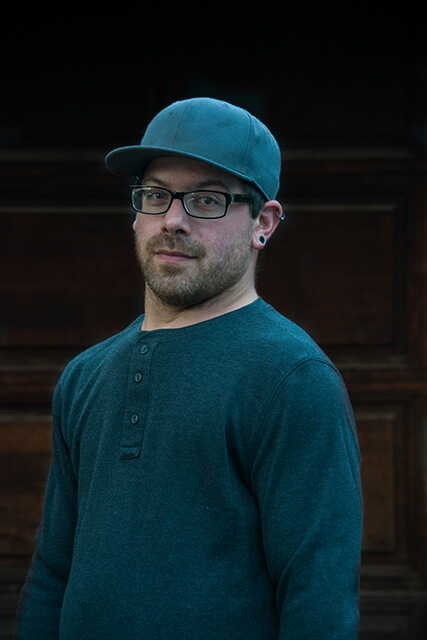 Almost 20 years ago, Charles stepped through YouthLink’s doors after his first night experiencing homelessness. While the details have faded over the decades, how he felt that day has remained in his memory: “I got hooked up with YouthLink—back then it was called OffStreets—after my first night of being homeless. I remember walking in for the first time and feeling overwhelmed and kind of trying to get my bearings. I was by myself, so I had a lot of anxiety about it.

“Once I started talking to people like Marc, it eased up pretty quickly. At the time, Marc was on staff at YouthLink. He was my case manager. I met with him that first day and it helped me get the rundown. The staff were all really friendly there. It made it a lot easier to transition.”

This was in the summer just after Charles turned 18. “I had gotten into it with my parents. They gave me the option to conform or leave. So I left. We didn’t coexist very well.”

As he experienced homelessness off and on over the next few years, Charles used the Drop-In Center. “I was there all the days it was open. For me, there was a sense of camaraderie. You might spend the night on a doorstep, but you could go there and meet up with everybody. It was a grounding rock.

“I relied on Marc for whatever I could. Having him as my case manager was the biggest help for transitioning me out. He was someone to talk to and guide me down that right path.

“He was my conscience when I was on the streets. I wasn’t exactly sober most of it. He was just there trying to push me in the right direction. He’d tell me, ‘Hey, you should clean up,’ or ‘Maybe you were wrong at this point.’ Whenever I had issues I’d talk to him.”

When Charles was 23, he was able to permanently transition out of homelessness, but his experience with Marc continued to stick with him. “At the time, it was hard when he pushed me to clean up. I always thought ‘I don’t have a problem,’ but I did. Reading the notes he had on me after I moved on was eye opening. It helped me stay clean.”

In his sobriety, Charles has built a life for himself. “I ended up going to college for a little bit and met my wife there. Got married, had a couple kids, bought a house. Created a life. I don’t have to worry about ‘Where am I going to sleep tonight?’ A lot of things I used to take for granted, I don’t anymore.

“I’m really focused on raising my kids right. I’m trying to teach them how to take care of themselves and deal with situations I wasn’t taught to handle. So if they end up down on their luck, they won’t give up. They’ll keep trying and move on and succeed.”

During his time with YouthLink, Charles learned a lot, but more than anything, he wants youth experiencing homeless to know: “You’re going to keep moving forward and getting knocked down quite a few times before you get to a comfortable point. Don’t be discouraged. As long as you keep wanting to move forward and better your life, you will be able to.”

Although we can’t introduce you to every young person who comes through our doors, we truly appreciate how much you care. Your donations and volunteer support
have made the past 40 years possible—and are the fuel we need to keep going into the future. To make a donation to YouthLink, please log on to https://donate.youthlinkmn.org/YouthLinkMN.