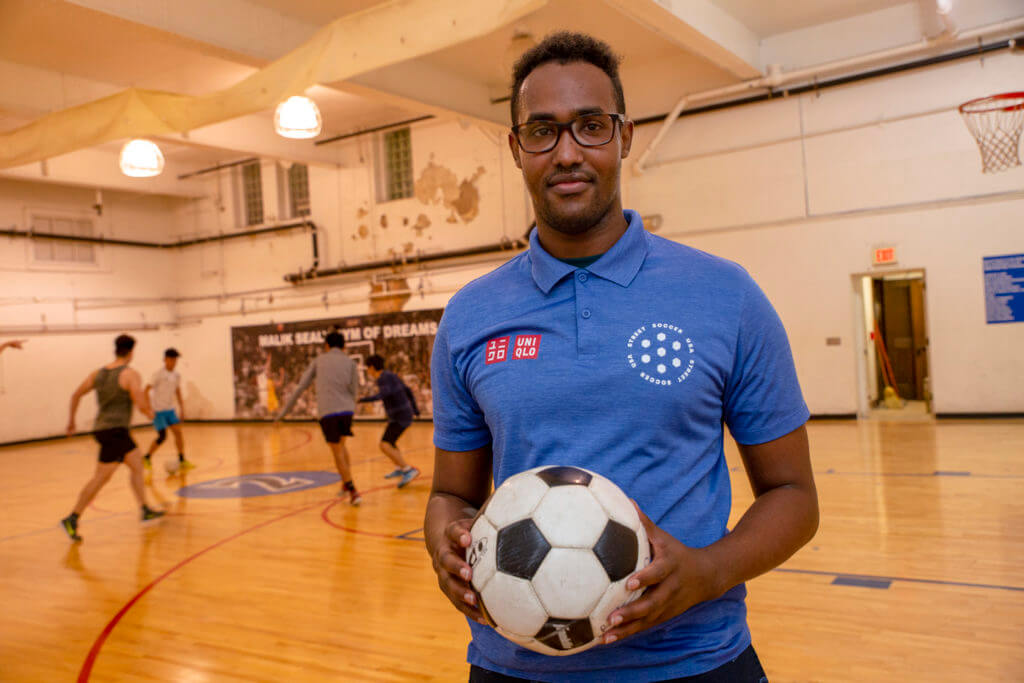 Whether he’s walking into a room or onto a soccer field, A, one of the players on the YouthLink Up-Top Soccer Team, fills the space with positivity and enthusiasm. This easy optimism is one of the many reasons he was chosen to represent the U.S. as part of the Street Soccer USA team at the Homeless World Cup.

“A is really a go-get-it type of person. Dedicated to his goals. He shows up to practice every week self-motivated. He’s good at soccer, yes, but Street Soccer USA has different guidelines for choosing players. In addition to soccer skills, they need participants who are goal-focused and can work well with groups,” says Jose, YouthLink’s soccer coach. “A lot of players are good, but are not disciplined off the field. A is.” That trust in your teammates can be difficult for a lot of youth experiencing homelessness who have to rely on themselves for almost everything else in life.

For A, soccer started as a way of life growing up in Ethiopia, Somalia, and Kenya before arriving in the U.S. at the age of 10. By the way he talks about it, it’s clear soccer is really about community for him: “Where I’m from, if you’re alive, you breathe and kick a ball. It’s a requirement. It didn’t matter if you were rich or poor. You don’t have to be good or great. Just happy. We used to take rocks and play with those. It brings people together. No expectation to win. Just a good time.”

This year’s tournament is set to take place in Wales from July 27 to August 3 and A is working hard to get ready. “Every Friday we practice. Every day I’m doing my best to get in shape. I jump rope for a whole hour. Eat healthy. Run until I’m basically crawling to get through the final lap,” he says.

As Jose works to prepare A for the tournament, his focus is on helping him learn how to handle defeat. “When you start losing in soccer, your team might start arguing. They lose it. It can be tense.” This likely won’t be a tough thing for A to master, but Jose has a bigger challenge ahead of him:

“My main goal is to make him believe he earned this. That he deserves it. He’s very humble about everything he’s accomplished.”

To hear A talk about the opportunity, it’s clear Jose might be fighting an uphill battle. A explains how he felt when he found out he was chosen: “The universe just surprises you. You don’t know how to react. It’s like a dream and you wake up and it’s still there. I don’t know how to explain the feeling. Somewhere someone created this program that would take me to another country one day. They don’t expect anything and there’s really nothing I can do in return.” 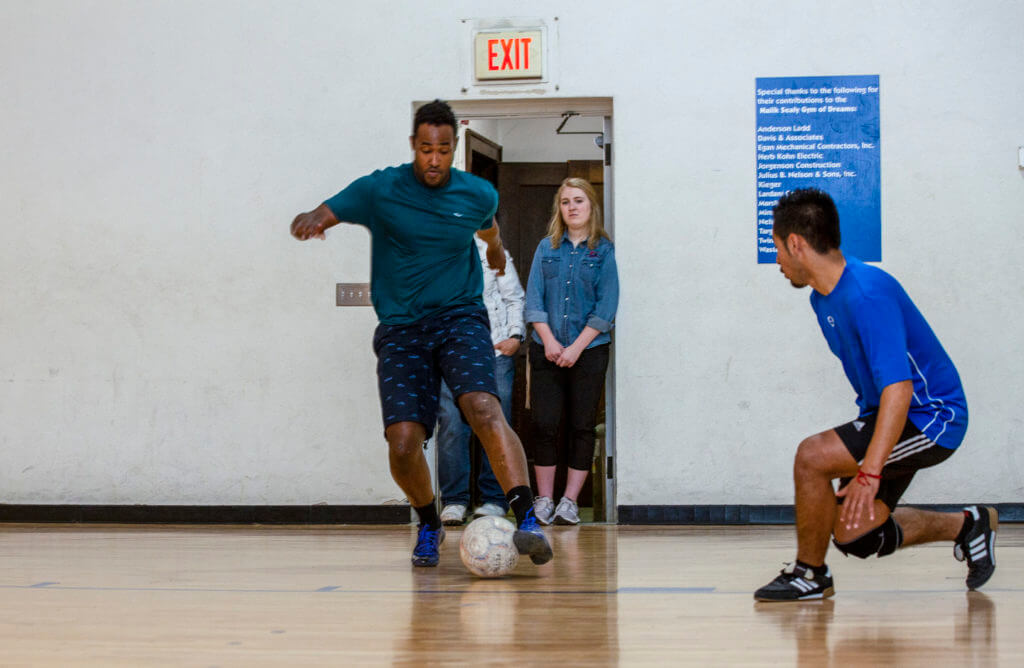 This is not the first time Street Soccer USA has recognized A’s hard work and dedication. Last year, he won the Build Your Triangle Award. Jose explains, “In soccer, you build your support system based on a triangle. You rely on other players in your triangle to make your goals. Off the field, A was able to build his triangle — his support system — to improve his situation in life. He’s made a 180-degree change in his personal life.”

A’s success is important to others in the YouthLink soccer community, as well. Jose says, “To us, soccer is a way to improve physical health and mental health. It keeps young people out of trouble. A’s participation in the tournament gives them hope. Something to look forward to.”

Jose reflects on another time Street Soccer USA took A on the road: “When we went to Philly for another tournament, it was clear A is a leader. He became the navigator. Our tour guide in a city he had never been to. He investigates and finds out where we need to go.”

A’s curiosity about people and other cultures appear to be the driver behind his navigation skills. Of the trip to Wales, he says, “I just want to see how other people live. Their traditions. I can take the Tube and speak to people with accents. Ride the double decker bus. I can possibly see where Harry Potter was made!”

His love of people is even more apparent when he talks about how young people can improve their soccer game. “They just need enthusiasm. They just have to try. They have to have a child inside. You don’t have to worry about anything. You have community and support in a single game.”

Everyone at YouthLink is incredibly proud of A and all he’s achieved — both on and off the field. We’d like to send him off to Wales with a complete triangle of support, which means raising money to send Jose along with A. If you’d like to help, you can make a donation at: http://bit.ly/asoccertrip